This page is the brochure for your selected program. You can view the provided information for this program on this page and click on the available buttons for additional options.


There are currently no active application cycles for this program.
Program Description: 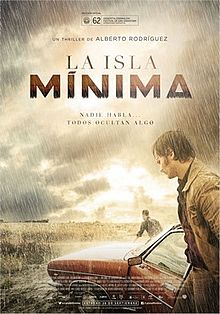 The Seminar-Level GLP for 2020 is Studies in Contemporary Spanish Literature and Film led by Nick Phillips, Spanish

This seminar focuses on the detective genre and crime genre in Spain produced from the end of the Franco dictatorship (1978) to the present day.  The course will investigate cultural sources produced since the transition to democracy, such as architecture and popular music, in order to interrogate the inherent changes in cultural and economic transformation that Spain has experienced since the late 70s to the 21st century, as part of the wider effects of globalization and regional integration. Use of critical articles on both the primary source texts and on the detective genre in general will broaden the analysis. Travels will take place over spring break to Seville, Madrid, and Barcelona, Spain, March 14-27, 2020. The class will also cover the detective genre through visual culture during the 2nd half of the semester and will utilize the students’ familiarity with these cities geographical areas in order to expand analysis and investigation.

Students of Spanish who have taken all prerequisites are encouraged to apply to participate. Application opens September 16 and closes October 11.

Decisions and notifications will be sent to applicants before preregistration.